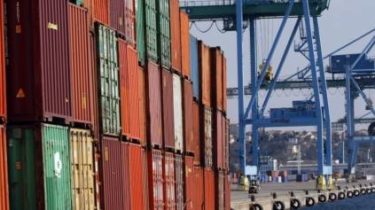 Within a few months should be ready to sign an agreement on free trade zone between Ukraine and Israel. The document can sign in late 2017 or early 2018.

This forecast was expressed by the Minister of environmental protection of Israel, Minister of Jerusalem Affairs and heritage of ze’ev Elkin, who heads the Israeli side of the intergovernmental Commission on the development of bilateral international relations. About it writes “Interfax-Ukraine”.

“I think that before the end of the year the text of the Treaty will be completed and prepared our countries already before the formal signing, if not the end of this, at the beginning of next year,” said Elkin.

He is convinced that the agreement will give “a strong impetus to the development of economic relations” between Ukraine and Israel, because “free trade zone greatly facilitates all tax related matters and makes a much better cooperation from a financial point of view.”

The sides have already held six talks on the nuances of the agreement on free trade zone. Wanted to go to the initialling of the document, but did not agree on several issues, including the list of products subject to the agreement and terms of delivery of wheat from Ukraine to Israel.

Poroshenko discussed by telephone with Netanyahu relations between Ukraine and Israel

“Ukraine today is one of the main suppliers of wheat in Israel, and she asked to guarantee large enough incentives in the framework of the free trade area for the supply of wheat. In principle, Israel was ready to cooperate, but asked for guarantees food security, that is, assurances of supply, regardless of what is happening in Ukraine. This is not trivial, because there is a rule that in the lean years in the first place of the product goes to the domestic market and have the right to breach international obligations on the supply. We are looking for a formula that will allow Israel to be sure that he can count in the long run for Ukrainian grain supplies, and the Ukraine – to get those benefits at the time of delivery of wheat, which she requested in the framework of this agreement,” said Elkin.

The negotiating parties already have an understanding of “what should be the model in General terms; but its parts while there is no agreement”.

The Ukrainian side proposed to include in the agreement not only goods but also services. Israel agreed.

“We ultimately went to the proposal of the Ukrainian side and agreed to accelerate the signing, bring is services beyond the first version of the contract and then to expand it. That is, the contract will include a clause stating that some time after its signing will begin negotiations for its extension to services. We need to understand what services are included and IT technologies, so this is quite a serious issue of cooperation between our countries”, – said Elkin.

Recall from 1 August this year, began to operate the agreement on free trade zone between Ukraine and Canada. What this means, read on Dnia this link.