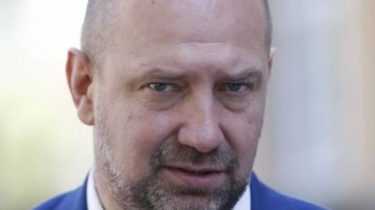 Kiev Prosecutor’s office began pre-judicial investigation in the case of the shooting at troyeschina with the participation of the people’s Deputy Sergei Melnychuk.

“Kyiv Prosecutor’s office initiated pre-trial investigation on the fact of intentional interference with a person holding a very responsible position, namely, the people’s Deputy of Ukraine Sergey Melnichuk, the execution of the court decision on the eviction of public organizations of non-residential premises, located in the kindergarten on the street Saburova on troyeschina, and return them to the Board of education Desna district in Kyiv city administration”, – stated in the message.

As noted, the relevant information is already entered in the Unified register of pre-judicial investigations.

The Prosecutor said that during the investigation, will be tried and tested information in the media regarding the circumstances of the conflict, which occurred on troyeschina August 15.

“In addition, on the specified fact the national police registered criminal proceedings under part 4 of article 296 UK of Ukraine (hooliganism)”, – added in Prosecutor’s office.

According to prosecutors, the question of unification of these criminal proceedings will be resolved during the pretrial investigation.

Recall yesterday in Kiev at troyeschina shooting occurred involving the people’s Deputy of Ukraine Serhiy Melnychuk. Previously it was found that shot one of his guards.

The MP assured that he was attacked by “titushki”who smashed the rear side window in his car, allowed in the cabin gas, slashed the tires and started shooting.

“That is, they are more than 30 people tried to evict from the premises by three representatives of the schools with disabilities, one of the women was in a wheelchair. At the request Melnychuk Executive office no documents are provided, but with the help of the security company began exporting furniture, which are owned by the school. Inside the room was destroyed. Despite this, Sergey Melnichuk immediately called the police,” – said the press service.