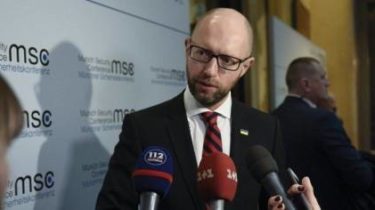 This is evidenced by information in the state register of legal entities and physical persons-entrepreneurs, Interfax reported.

In particular, the policies listed in the founders-the ultimate beneficiaries of the company “Astra Finance”, which is the owner of OOO “Goldberg” which becomes the owner of the specified channel.

In addition, the list of final beneficiaries “of Astra Finans” – the wife of the head of the Ministry of internal Affairs of Ukraine Arseniy Avakov Inna Avakov and the wife of the people’s Deputy Nikolay Knyazhitsky (faction “national front”) Larisa Knyazhitskaya.

Avakov said that Interpol refused to look for Yatsenyuk

Recall President of Ukraine Petro Poroshenko said the former Prime Minister, Arseniy Yatsenyuk, the order of Prince Yaroslav the Wise IV degree. The corresponding decree of June 19, announced the press service of the head of state.