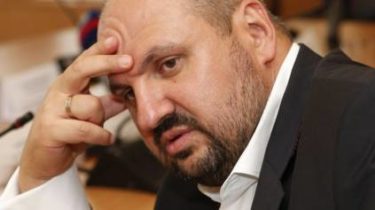 The Kyiv court of appeals refused to consider the appeal of people’s Deputy Borislav Rosenblatt relatively elected to it measures of restraint.

About it reports “5 channel”.

According to a report in the hall of representatives of the parties have gone “just one minute”, presiding judge Oleh Prysiazhniuk said that single-handedly refuses to open proceedings, as foreseen by the norms of the Criminal procedural code of Ukraine.

In turn, the Prosecutor of the Specialized anti-corruption Prosecutor’s office Maxim Kravchenko said that the decision of the court was as obvious as the election of a preventive measure in the form of Deposit not subject to appeal.

“I’ll do it”: Rosenblatt said the court decision on measure of restraint

We will remind, in June the NEB opened the scheme for the extraction of amber, which involved the people’s deputies Rosenblatt and Poles. Under the guise of reclamation of Zhytomyr region planned actual amber extraction and subsequent implementation through an offshore company where the founder was the sister of Rosenblatt.

The amount of bribes received in the said case is more than 300 thousand hryvnias. June 19, detectives of the National anti-corruption Bureau of Ukraine detained the security guard of the people’s Deputy from BPP Borislav Rosenblatt during receiving a bribe of 200 thousand dollars.