The militants said about the arrest in Donetsk, “Ukrainian saboteur”, the SBU calls it fake 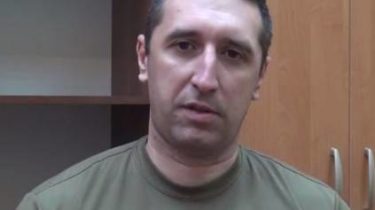 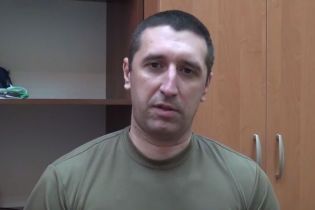 The militants of the illegal armed organization “DNR” announced the detention of “Ukrainian saboteurs” in Donetsk. They called the name of one detainee. According to terrorists, is a native of Kharkov Oleg Sugery.

The militants say they Sugery supposedly served in the 8th shelf of special operations forces Gur of the Ministry of defense of Ukraine. He arrived in the occupied Donetsk from Mariupol on forged documents and was allegedly preparing to undermine the TV tower in Petrovsky district of the city.

Intimidation of inhabitants of the Crimea and information bomb for the West: specialists explained the detention of “saboteurs”, Lemeshko

This video of the arrest posted by the separatists, it is clear that Sugaree grabbed in the cold season, but not now.

The video of the interrogation, the detainee said that he was drafted into the army mobilization, he served in the position of the shooter, sapper and sniper, after which he entered the service of the SBU.

In the security Service of Ukraine information about the detention of “Ukrainian saboteur” called a fake.

“This information is a fake. The first time it sounds as tragedy, the second time it sounds like a farce. Yesterday was in the Crimea, the SBU, today in Donetsk”, – said the press Secretary of SBU Elena Gitlyanskaya.

According to her, the militants are confused in their statements relative of the detained “spies”, including Oleg Sugery.

“I wonder what they reported about the detention of employees of the SBU, and then in the text it appears that this regiment of special forces operations Ministry of defense of Ukraine, and then write that for a diversion, they were promised membership in the security Service. At least they more closely approached the preparation of materials. Fake must be believable, not a set of sentences that don’t even conform,” – said the press Secretary of the SBU.

“Broken record”: the SBU commented on the detention of Ukrainian “saboteurs” in the Crimea

We will remind, on August 15 of the FSB of Russia reported that allegedly detained “agent of the security Service of Ukraine” in preparation of a number of acts of sabotage and called his name – Gennady Gennadiyevich, Lemeshko, “born in the Kharkiv region, had previously served in the so-called zone of ATO as a senior intelligence officer deep exploration in one of the military units of the armed forces”. Video of his arrest was shown on Russian television, also posted a video with “confessions”.

The invaders chose, Limesco a measure of restraint in form of arrest for two months. He is charged with “the planning of the arson of the forest, power lines, collapse of rocks” and the like.

The security service of Ukraine called provocation detention, Lemeshko, and APU assured that he has served under contract, but was dismissed in connection with the systematic violation of discipline. However brother, Lemeshko sure that the fighter was on the territory of the occupied Crimea because of “bases”.

Video settings Crimea, the FSB detained the fighter of anti-terrorist operation on suspicion of sabotage