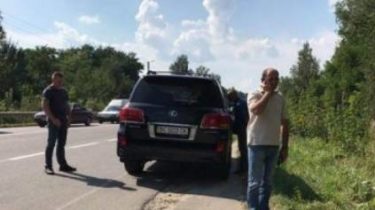 Car well known city businessman and owner of FC “Karpaty” Petro Damanskogo became a party to the accident, which killed a young woman.

The accident occurred on the highway M10 Lviv-Krakovets in yamel’nya village, Yavoriv district, after lunch. According to preliminary information, the Opel, at the wheel which was 26-year-old resident of the village of yamel’nya returned out of the village on the route when it crashed into the Mercedes S 65 AMG. A young woman died on the spot road accident. This information was confirmed by the police. “At the scene of the accident was the owner of FC “Karpaty” and TV ZIK Petro Dyminsky. It is known that he often personally leading Mercedes S 65 AMG with the state numbers АС0277ВР, which became the participant of road accident. This vehicle always accompanies SUV protection that follows”, – writes the edition.

4.5 thousand accidents and more than 40 dead. The interior Ministry has published statistics on car accidents in foreign rooms 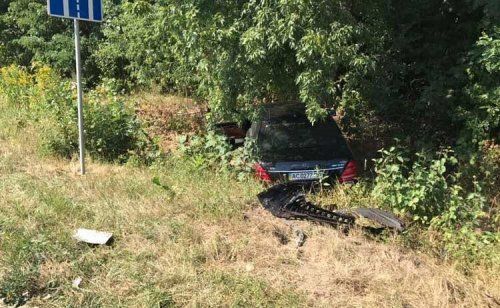 Eyewitnesses of accident told that Petro Dyminsky closed in the SUV security, but the security guard of the businessman has claimed that he was driving a Mercedes S 65 AMG. “To establish personal involvement Damanskogo to the accident could be viewing CCTV footage, located on the outskirts of the city, and also interviewing direct witnesses of road accident”, – writes the edition.

“The motorcade Peter Damanskogo daily travels this road from the center of Lviv near Lviv regional Council is the office of a businessman at his residence on the territory of Yavoriv polygon, – stated in the message of the media.

Lviv police later issued an official statement about the accident, from which it follows that driving a Mercedes S 65 AMG was a 43-year-old citizen of Lviv. Obviously, we are talking about the guard Damanskogo, who said that he was driving at the time of collision. Peter Dimensao 62.

Recall from Lutsk bus crashed into a KAMAZ, more than a dozen people were injured. According to preliminary information, the minibus taxi driver “Lutsk-Splitting” became ill and he entered KAMAZ moving in a passing direction.

As a result of collision suffered by the drivers and about 10 bus passengers, among whom may be children.