The General staff confirmed the identity of the detained in Donetsk, “Ukrainian saboteur” 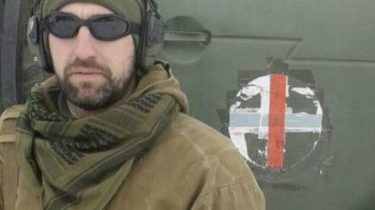 The detained militants in Donetsk, “Ukrainian spy” Oleg Sugery is a former serviceman of Armed forces of Ukraine.

This was stated by the speaker of the General staff Vladislav Seleznev, reports Radio Liberty.

“With regard to recent arrests, we are talking about when it was detained Gennady Lemeshka in the Crimea and the last among the detained Oleg Sugery. We are talking about a year, during which occur seizures of former Ukrainian soldiers under false pretexts,” he said.

Building a report with the secret services: the FSB has lured ex-ATO fighters for terrorist attacks in the Moscow metro.

Seleznev said that the video of the detention of Surgerey, which published the militants is stale and staged. A former military man was not dressed for the season and had laces on the shoes.

According to the representative of the General staff, the army with the military being educated about the dangers of travel in the occupied territory. Seleznev cited his example when he was forced to abandon the trip to the Crimea for his mother’s funeral because of the danger of falling into the hands of the Russian special services.