In Kiev, the conflict on the bus escalated into a brawl with shooting 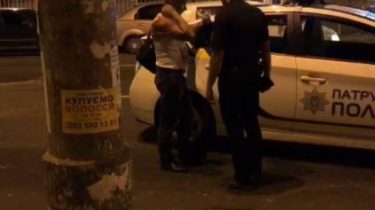 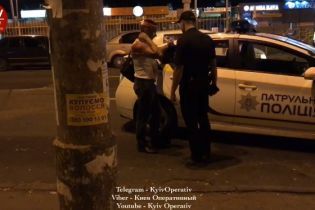 On the evening of August 19 in Kiev the conflict between the two men on the bus escalated into a fight with the shooting.

About it reports “the Kiev Operational”.

According to the community, the police and an ambulance at the same time received a call that on Petrovka, near McDonald’s, on a bus route №101-shooting and “killing man”.

When the patrol arrived on the scene, it turned out that two passengers of the bus there was a verbal sparring. Then one of them grabbed a gun designed for shooting rubber bullets, and fired at his opponent, but missed.

In Nikolaev Svoboda fired a gun at neighbors, there are wounded

Then the second participant of the conflict grabbed the arrow, dragged into the street and began beating him. In the conflict the bystanders intervened and separated the aggressive men. Beating a man together with his girlfriend did not wait for the police and fled the scene.

Earlier it was reported that in Ieva troyeschina have been shooting with the participation of the people’s Deputy of Ukraine Serhiy Melnychuk. Shooting in Kiev on TrueSync confirmed head of the Department of communication in the Directorate of national police in Kiev Oksana Blischik. However, the police claim that the shooting was not the Deputy and his bodyguard.