20 exciting locations of Game of thrones that can visit each 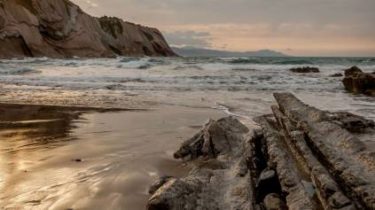 The fictional world of the series “Game of thrones” is far from reality, but very close in real life, there are locations in which the filmed fairy-tale land.

Vogue has gathered the most iconic locations of the series “Game of thrones” that you can visit right now. 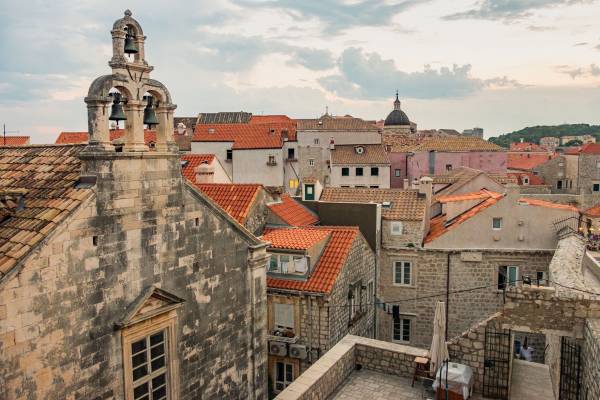 Atmospheric arboretum built in the XV century, a noble Croatian family. It is home to thousands of rare and exotic plants collected from all over the world. Don’t miss the pavilion on a cliff which overlooks the bright blue Adriatic. In the third and fourth season dendrological Park became the gardens of king’s landing, and the aforementioned pavilion is the place where Olenna Tyrell holds court. 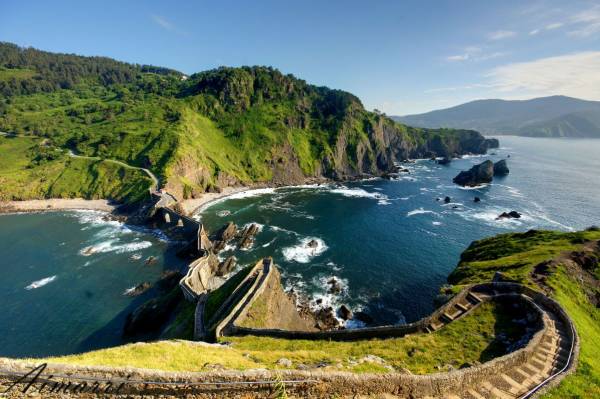 Fanned by the winds of an island off the coast of Biscay, occupies a Central place in the seventh season. It is here that Daenerys comes to Westeros. On top of the mountain is the ancient monastery, plundered in the sixteenth century. 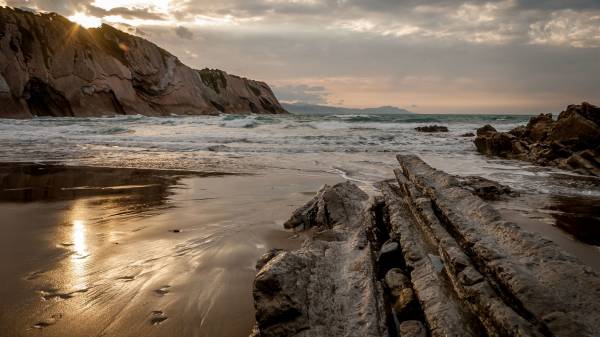 Along the coast from Gaztelugatxe beach Itzurun is a spectacular stretch of sand, bordered by rock formations that date back to the Cretaceous period. In the series of the beach stands the banks of Dragonstone, and of his magic cave where Jon snow looking glass dragongly. 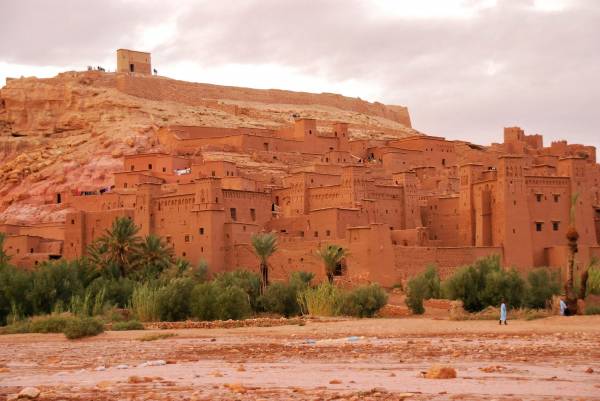 A fortified town in the foothills of the Atlas mountains, AIT Benhaddou is the object of UNESCO world heritage since 1987. He appeared in every Hollywood blockbuster “Lawrence of Arabia” to “Gladiator”. Most recently, he was backstage for the slave city of Yunkai (also known as “Yellow city”), which Daenerys free in the third season. 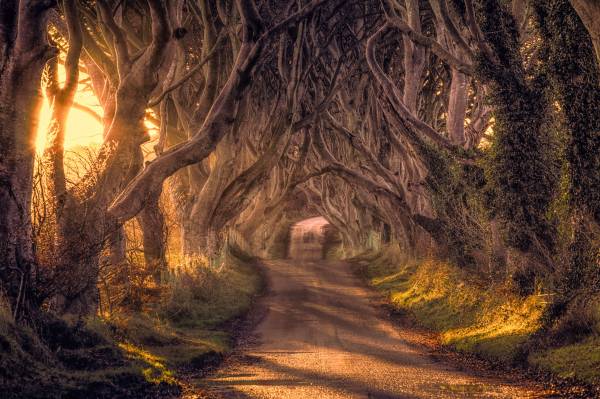 The most photographed place in Northern Ireland – a serpentine tunnel of beech trees in the village of Armoy. Fans of “Game of thrones” he’s more familiar as Kingsroad or the Royal route – the Grand route leading from the Black Castle to the capital. She appears on our screens in the second season, when Aria goes to the North in search of his family.

In 2016, the 200-year-old beech, which opened the Royal route in the series, fell on the road. And in January 2015 many of the trees suffered from the storm “Gertrude”. 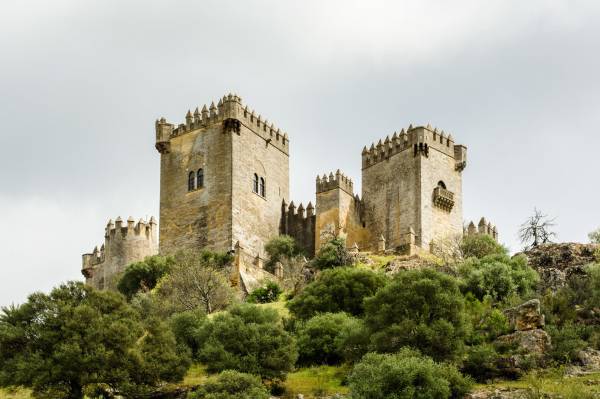 The unexpected siege of Highgarden Jamie Lannister for the first time shows us the fairy-tale castle, which serves as a dwelling House Tyrell. House Tyrell was a branch of the House Gardeners, ancient kings of Space, and Highgarden, their capital and an important trading center.

Castillo de almodóvar del río was first a Roman Fort, conquered and rebuilt by the Moors in 760 year. Shafts located along the battle tower, which offers stunning views of the river Guadalquivir. 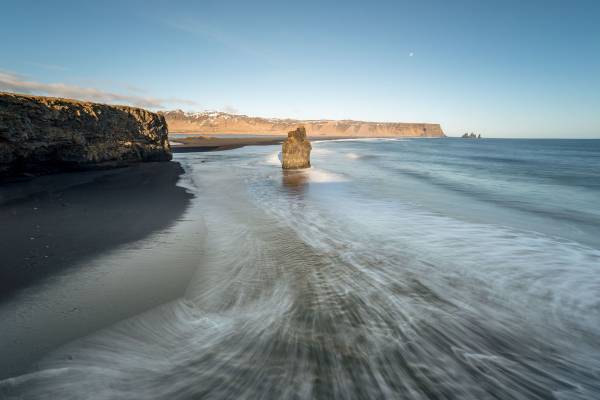 Frozen wilderness lies to the North of the wall. Black sand beaches Vick appear in the seventh season as East Watch, a port city where the Wild come to the coast for trade with the men of the Night’s Watch. 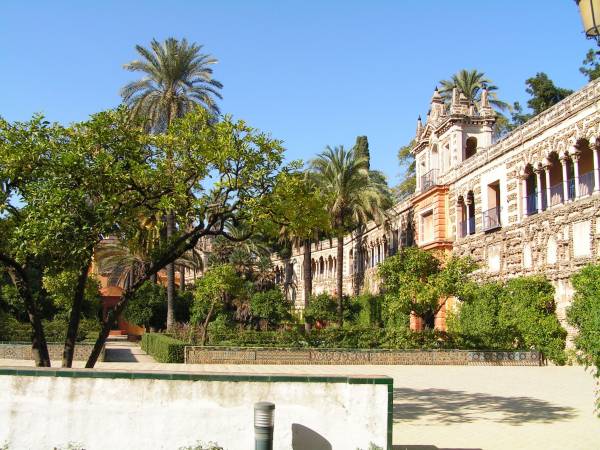 The magical Royal Palace in Seville, with lush gardens, elegantly hewn courtyards and gilded ceilings, is the Palace of Dorne in the fifth season. Founded in the tenth century Moorish fortress is the oldest European Palace still used. 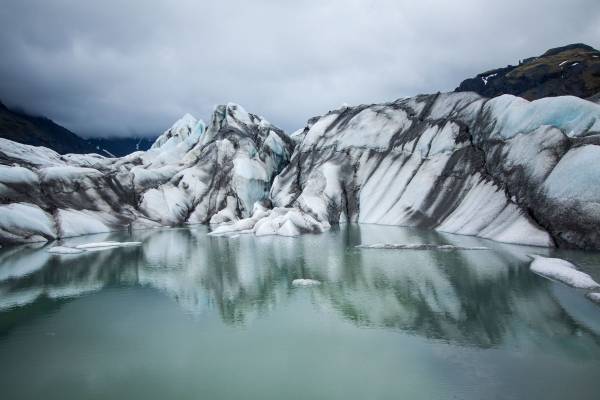 Part of a large Icelandic glacier Veticol, which remains Europe’s largest glacier, Svinafellsjokull in the second season turned into the Fist of the First Men – an icy mountain range near the milk river. Here’s John snow’s qhorin Halfhand, and was taken hostage by the Wildlings. 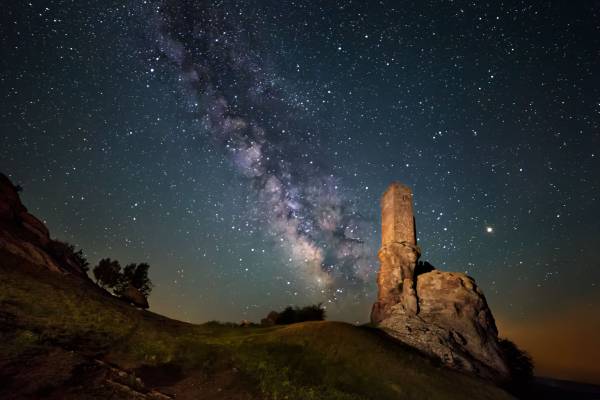 This medieval castle, built on Sandstone, goes to an isolated part of Spain – the Sierra de Calderas. In the series, he appears in the sixth season as the “Tower of joy”, a mysterious fortress, which guards the secret of the birthright of John snow. 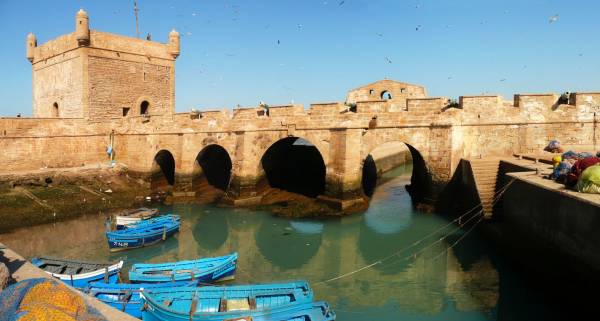 The Moroccan seaside town is steeped in history. It was founded as a trading post in the V century. It was a haven for pirates, and later a refuge for musicians, including Jimi Hendrix and Keith Stevens, who came here in the 60-ies.

In the third season of Essaouira becomes a port city of Astapor, where Daenerys buys your army is Flawless and ready to conquer the Seven Kingdoms. Astapor is the most southern of all the cities in the slavers Bay. It is a stopover for ships travelling from Garth in the free cities and Westeros. City symbol is the harpy. 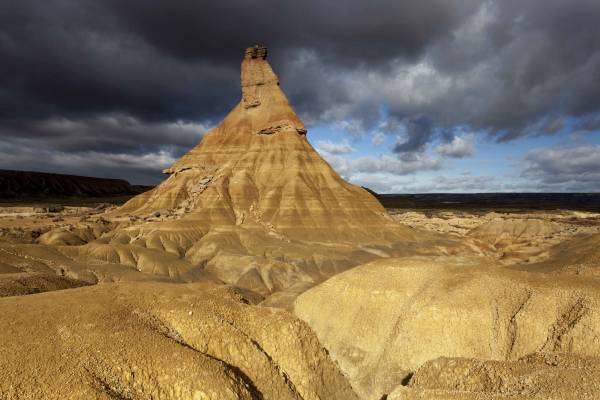 In the sixth season of barren land in the South-East of Navarre turned into the Dothraki sea. The space of desert and grassland so huge that looks like the ocean from afar.

The dothraki sea is named in honor of the dothraki that inhabit it, mounted warriors who gather in a large Horde traveling across the plains, devastating the neighboring land. It is here that Daenerys captured and forced to March to the city of Vaes Dothrak. 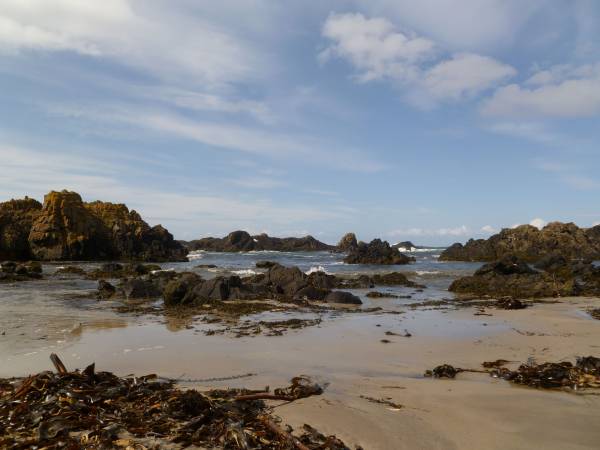 A distinctive fishing village Ballintoy located a short drive from the famous giant’s Causeway. In the harbour even has a sign Game of Thrones.

In the second season, the village became an island pike, one of the seven Iron Islands in the Gulf of the Iron men off the West coast of Westeros. The island is located to the South of the island of Great Wyk and East of the Island Shortcliff. The island is the castle Pyke, the seat of the rulers of the Iron Islands, the Greyjoys. 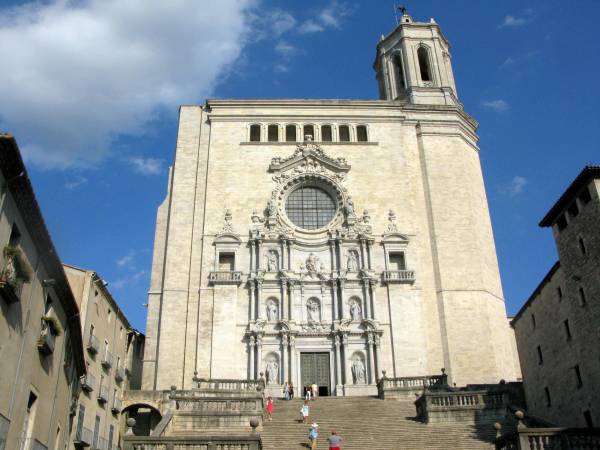 Attentive viewers may recognize in the streets of Girona, the free city of Braavos. Its Gothic Cathedral also appears in the sixth season as a Great Septa of Baelor in king’s landing, huge of Septa, the former center of the faith in the Seven, and place of residence of the Supreme Septon. 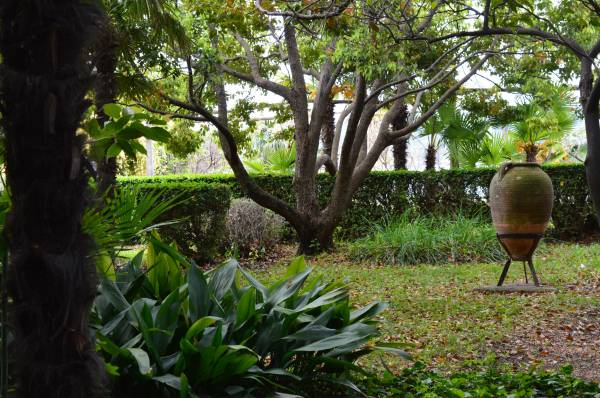 Atmospheric arboretum was built by the Croatian noble family in the XV century. It is home to thousands of rare and exotic plants collected from all over the world. Don’t miss the pavilion on a cliff which overlooks the bright blue Adriatic. In the third and fourth season dendrological Park became the gardens of king’s landing, and the aforementioned pavilion is the place where Olenna Tyrell holds court.

The Castle Of Trujillo, Cáceres, Spain 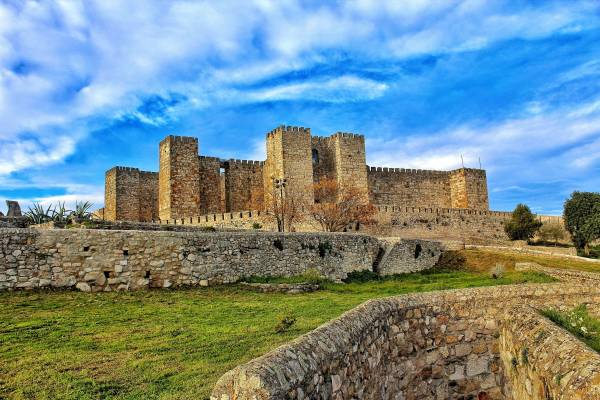 In the seventh season we see another nest: Custer Rock, stronghold of house Lannister. Trujillo, a medieval castle, the site of several battles between the Moors and Christians is the perfect place for a seemingly impregnable fortress. You can climb the stone tower and walk along the crenellated walls, where Grey Worm and the Unsullied army are fighting with the Lannisters. 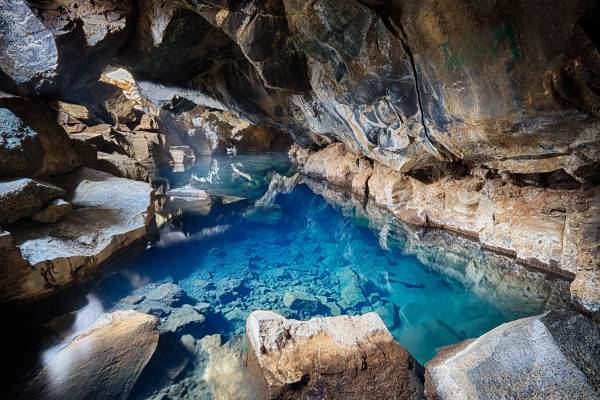 This lava cave and hot springs of Northern Iceland have become popular among tourists after Jon and Ygritte were bathing here in the third season. Visitors can walk down the icy passage and swim in the lake below. There is better to go early to avoid the crowds. 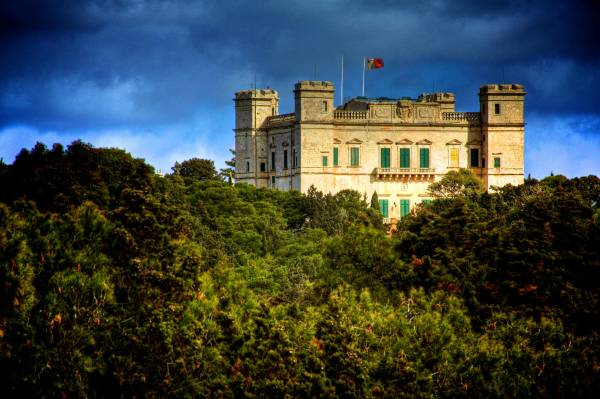 This Palace is the summer residence of the President of Malta and appears in the first series as house of Illyria Mopatis in Pentose where the Targaryens live in exile. Worth to book in advance the Palace tour, which includes beautiful gardens Bucket where Daenerys first meets Khal Drogo. 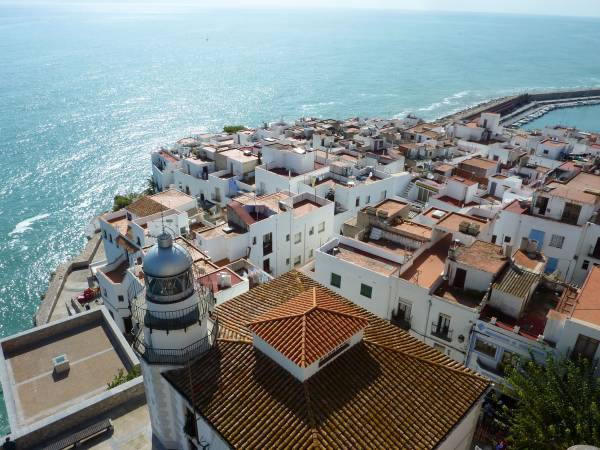 This fortified seaport situated on a rocky Headland on the Mediterranean coast of Spain. It contains built by the Templars castle and the historic lighthouse with spectacular views of the sea. In the sixth season it turns into a landscape Marina and Bay the Dragons. 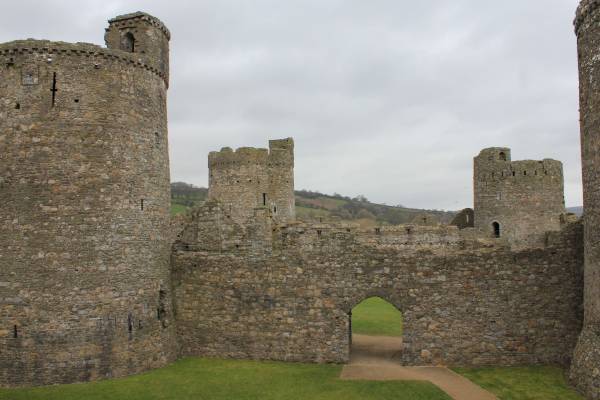 With the first season of “Game of thrones” castle ward is Winterfell, the seat of the Starks. Here you can ride a bike across the area, take lessons in archery in the courtyard, and even explore the woods where the children meet a stark lutovac.

We will remind, recently the Spanish arm of the HBO mistakenly posted online a new episode of “Game of thrones” premiere earlier. The series has been available to subscribers within hours.