“A great friend of Ukraine.” Poroshenko announced talks with the head of the Pentagon in Kiev 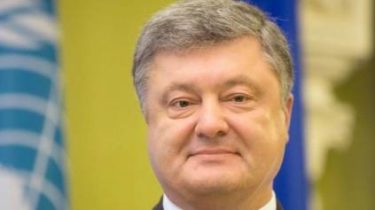 In Kiev on the occasion of the Independence Day celebration will arrive foreign Ministers of defence, including head of the us Pentagon James Mattis. This was announced by the President of Ukraine Petro Poroshenko.

“For a joint celebration of the 26th anniversary of independence of Ukraine to Kiev symbolically will arrive Ministers of defence of our countries and partners, including the Minister of defense of the United States of America James Mattis. A great friend of Ukraine”, – quotes Poroshenko his press service.

Camouflage and flags: the Network showed a rehearsal parade for Independence Day from the height of bird flight

The Ukrainian President expressed confidence that the negotiations that will take place during the visit of the Minister of defense “will be extremely important to strengthen the defense of our country.”

In his opinion, combining military and diplomatic efforts to protect the country from Russia, Ukraine lays the Foundation for a successful state.

The President also noted the importance of cooperation with our NATO partners, particularly emphasized the role of special operations Forces in this collaboration.

“Today, special operations Forces is a symbol of our cooperation with our NATO partners,” said Garant, adding that there are special military bases, particularly in Kropivnitsky, which will improve the level of training of our commandos.

We will remind, on August 24 held a military parade for Independence Day. Participation in this parade will take over 3,600 Ukrainian military. Also on the main street of Kiev for the first time go the front calculations, the UK, Georgia, Canada, Lithuania, Moldova, Poland and the United States, followed by groups Latvia, Romania and Estonia.