In Ukraine will go up chicken and eggs: experts say the causes of 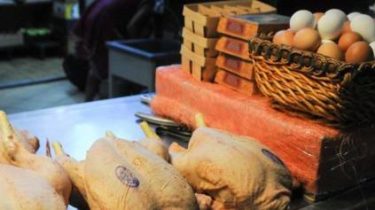 Chicken and eggs will rise significantly in the fall.

This is reported in the Union of poultry breeders of Ukraine, says the story of the program “snidanok z “1+1”.

According to experts, this is due to the high demand for Ukrainian products on external market. Therefore, only seven months the export of Ukrainian poultry and eggs increased by 38% compared to the same period last year. But the production volumes of these products remained unchanged.

In addition, the Union of poultry breeders of Ukraine explained that seasonal fluctuations in the prices of eggs and chicken meat is commonplace. From February to August, manufacturers were selling products at a price lower than the cost price. That is, of course, that in September the prices will start to rise.

Recall that currently the chicken carcass is an average of 53 UAH per kilogram. Another month and a half ago it was cheaper to 7.5 UAH. A dozen eggs now costs UAH 10,9 – since the beginning of July fell on the hryvnia.