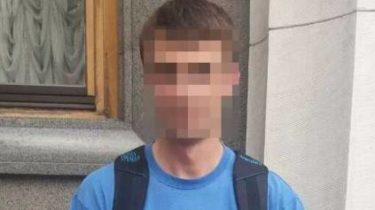 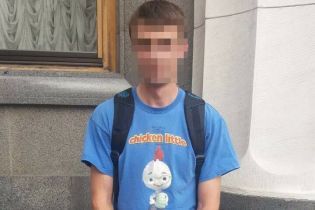 Monday, August 21, in Kyiv detained a young man who with a marker wrote on the window of the Verkhovna Rada “obscene inscription of anti-state content”.

About this in Facebook wrote adviser to the interior Minister Zoryan Shkiryak.

According to him, the detainee – a resident of Chernigov born in 1992. The police detained him “on hot” at the scene.

“This life is fucking with this stupid country.” Lutsenko was quoted obscene expression Rosenblatt

Shkiryak noted that their actions kid faces only administrative liability. In the opinion of the adviser to the Minister, “given the situation,” for such a need to punish more strictly up to criminal liability.

“Of course, this mode act does not bear the total menace, but we should strongly react to any manifestations of provocative actions against our country”, – said Shkiryak.

What the guy wrote on the window of the Verkhovna Rada, adviser to the Minister has not told.