Real Yaroslav the Wise: in Kiev opened the exhibition, which destroys the historical myths of Russia and the USSR 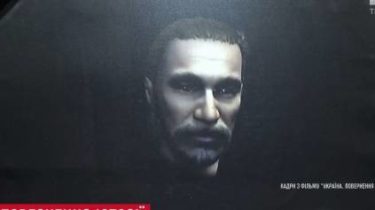 In Kiev opened the exhibition, which will see real, not imposed by Soviet propaganda, the image of Yaroslav the Wise and his entourage. The exhibition also included the Prince’s press, women’s jewelry of Kievan Rus ‘ and other artifacts, according to a story TSN.19:30.

The exhibition was prepared by 1+1 channel together with the Kyiv city state administration. At the opening showed an excerpt from the film “Ukraine. The return of history”, the authors of which were able to recreate the appearance of Yaroslav the Wise. In their opinion, the image of the Prince with a long beard may be an artificial product of ideology, which tried to make the Kiev ruler similar to the later Grand Dukes of Moscow. It is undeniable to say there are no grounds, however, the real Jaroslav looked different – proves that the author of the film Akim Galimov.

Video settings the Kiev presented a unique exhibition, which destroys the Soviet myths about the history of Ukraine

On the substitution of the historical facts in unison and historians, according to which the Russian Empire used to best themselves with legends and not real historical facts. Therefore, the substitution and distortion of reality is common practice of the Russians and so far. “There was only our princely dynasty, from Kiev, but elite was the Tatar Horde mentality. And in the XVII century, realized that they are the descendants of Kievan Rus. Around this paradigm there is another question: where are the sources, the roots of identity, and there was very little… They begin to gather artifacts to bring history to bring a generation of people today who take guns and go kill “Ukrainians”. It took them two centuries the destruction of our history,” says historian Aleksandr Alferov.

Skull grandson of Yaroslav the Wise, Izyaslav of the original princely burial in Lutsk castle, discovered in 1989, and now again received for the study. Anthropologists have already worked with him, and the filmmakers took his DNA. What we found out – we learn in Day of Independence during the screening of the film on the TV channel 1+1. Author Akim Galimov only mentioned that after the result of the study even had to change the previous scenario of the film.