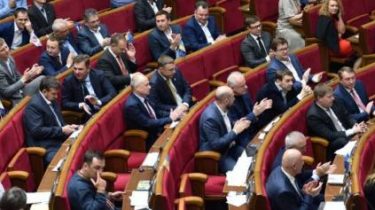 Only 1 percent of Ukrainians are fully positively to the activities of Verhovnoi Happy, and 6% – rather positively. This is evidenced by the study conducted by GfK Ukraine together with Center for Insights in Survey Research.

More than half of citizens (57%) said that they did not approve of the activities of Parliament. 31% of Ukrainians feel rather dissatisfied with the work of MPs. 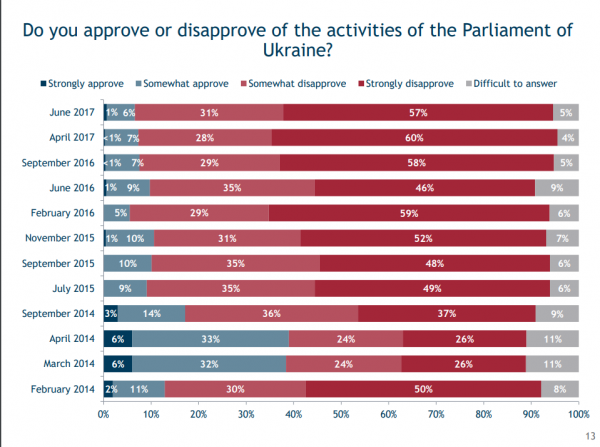 The Cabinet, headed by Groisman, too, can not boast of excellent grades. According to the survey, while only 2% of Ukrainians fully supports the activities of the government. 13% said that they rather approve. At the same time completely dissatisfied – 46%. Another third of Ukrainians (32%) said that rather dissatisfied. 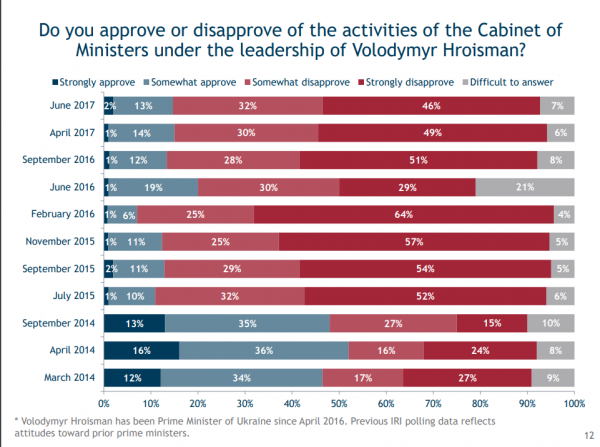 The President Petro Poroshenko, according to the survey, approve only 2% of Ukrainians. Rather approve 15% rather disapprove – 32% do not approve 43% and 8% were undecided on this question.

The study noted that these figures barely changed in the last two years. The greatest endorsement for President Poroshenko in September 2014. Then there was a record 15%. Rather approved of 40%, rather than approve – 22%, do not approve of only 13%. It is also worth noting that each of Ukrainian politicians, according to the survey, equally negatively perceived by Ukrainians. However, some of them have a level of sympathy a little higher. So, the leader of “Batkivshchyna” Yulia Tymoshenko sympathetic 22%, and the leader of “Civic stand” Anatoly Gritsenko 21%.