Kubiv has predicted the dynamics of Ukraine’s GDP by 2020 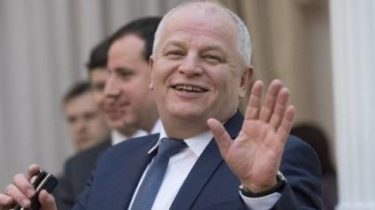 The growth of gross domestic product this year will be 2%. So says the Minister of economic development and trade Stepan Kubiv, reports the Economic truth.

Its forecast for the official gave live on television and said that economic development did not meet the expectations of the skeptics. “Everyone said that would be a big minus. I am sure there will be plus 2% GDP growth”, – he said. Inflation, according to him, at the end of the calendar year will be 11.2%.

In the state statistics service stated the first 4 years growth in GDP of Ukraine increased 2.3 percent

Factors that will affect the figures for the last quarter of 2017, the Minister said forward-looking indicators of the project budget in 2018, pension reform and global economic processes in the world. “We see today the situation of radicalization of political influences on the economy in many European countries, where elections were held. This aspect will be influenced. This error will not be large,” warned Cubes.

This summer the world Bank unveiled a new and improved forecast for growth of Ukraine’s GDP in 2018 and 2019. Instead of 3% next year experts expect increased 3.5%, and in 2019 the numbers are stored 3% and 4% respectively.