More than half of Ukrainians support early parliamentary elections – poll 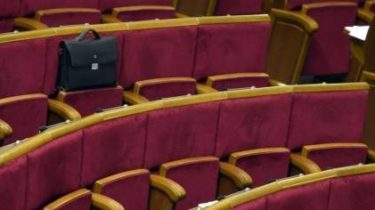 51% of Ukrainians support early elections to the Verkhovna Rada.

According to the survey, 28% of respondents definitely support early parliamentary elections, 23% answered “rather Yes” to the question regarding the elections.

Another 11% of respondents reported that it was difficult to answer this question.

Interestingly, in June last year, the number of Ukrainians who support early elections to the Rada, was lower, at 38%. Opponents of the extraordinary vote in the Parliament was 47%.

Who would have voted Ukrainians, if elections were held next week – poll