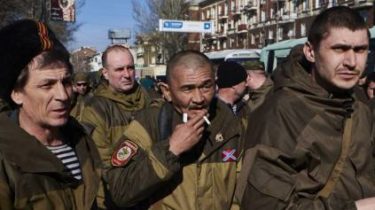 Volunteers of the Center “Peacemaker” has launched a unique system of automatic recognition of individuals individualswho have encroached on the independence and territorial integrity of Ukraine. The system is called “Identigraf”.

This was announced by MP of Ukraine Anton Gerashchenko.

“Now and forever, everyone can go to the link and check the persons belonging to anti-Ukrainian and anti-state activities in his photographs,” he said.

Automatic face recognition of persons who have encroached on the independence and territorial integrity of Ukraine, “…

Published by the Anton Gerashchenko 23 Aug 2017

On the website “Identigraf” States that 60% of the capacity of the System reserved for the staff of the “Peacemaker” and those for whom face detection – need to know.

System users are divided into three groups: authorized users, VIP users and normal users. Requests authorized and VIP-users served out of turn during the period from 06:01 to 24:00.

To operate the System can only citizens who are in the territory of a free Ukraine and use of Ukrainian mobile communication operators. Every ordinary user has the opportunity to undertake three attempts at recognition day with a single mobile device.

“Peacemaker” has published the list of “commandant” of the militants in the Snow, which shot innocent people

The use of the System of law enforcement bodies and power structures of Ukraine, the intelligence services of countries–members of NATO and partner countries are carried out on other conditions which cannot be disclosed.