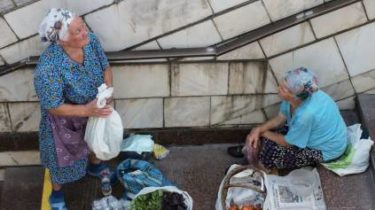 Ukrainians are most concerned about corruption in government, the armed conflict in the Donbass, low industrial development and unemployment.

According to the survey, 51% of respondents cited corruption among the three major issues of Ukraine. The conflict in the Donbas is considered a problem 50% of respondents. The development of industry and of unemployment scored 29% of respondents ‘ votes.

Among other problems is called the growth of prices (24%), social protection for the poor (20%), incompetence of the government (19%), political instability (15%), the devaluation of the hryvnia (12%) and so on.

The status of the Russian language in Ukraine has called the problem of only 1% of respondents.

To the question about three major problems in Ukraine, which concern you personally, the Ukrainians in the first place called the price increase (44%), unemployment and armed conflict in the Donbass (34%), social protection for the poor (31%) and corruption (30%).

More than half of Ukrainians support early parliamentary elections – poll