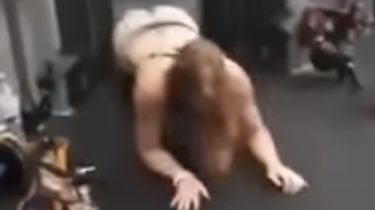 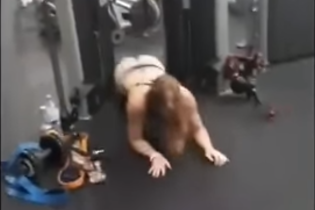 In one of the gyms during training on the simulator to fit young girl was left without his pants.

The corresponding video is placed on the channel RM Videos to Youtube.

The video shows a girl doing strength training with elastic bands attached to the exerciser.

She manages to make a few replays and suddenly the simulator rips off her leggings and pulls to the knees.

For a few seconds, the girl appears in front of people in their underwear.

Would-be athlete falls down and starts laughing, trying to put them back.