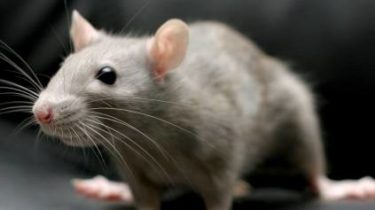 In the hypermarket “Auchan”, located in shopping Mall “SkyMall”, the mouse happily enjoyed the sushi in the deli Department.

Caught a cat, sugar was blamed. In “Cocktail,” responded to the video with an animal in the trading room

A videotape of the incident, which happened at about 14:00 on Thursday, 24 August, shared with readers Dnia.

As told by Yuri Bilyk, store employees quickly removed all food from the refrigerator, where he wanted to eat the mouse.

Caught a cold waiting for owners: became known the fate of the star cats of the “Furshet”

Mouse-sweet-tooth gathered at the store all the hype. Says an eyewitness, she shot a lot of visitors.

In the hypermarket while precise information for review.

Recall that recently in another Kyiv supermarket visitors have noticed a cat that made a toilet right in the Sahara.