Klitschko called the term of the completion of the bridge from the hem to Troyeshchyna. Only after he – metro 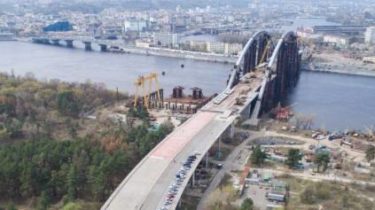 After two or three years in Kyiv should be completed the construction Podolsko resurrection bridgethat will connect Podil and Voskresenka with Troyeshchyna.

“In September going to Germany for the investment forum to present the project and a maximum of two to three years to finish the construction of the bridge. This is one of my key tasks in the position”, – said the mayor of Kiev Vitali Klitschko in the air NewsOne.

For bridge construction and, accordingly, the launch of a new metro line to approximately 400 million euros. Germany has already allocated 200 thousand Euro on the expert assessment of the condition of the bridge, which the German experts presented in April.

We will remind, at the end of this year, plans to begin completion of the metro line from the Raw to the Husbandman.