The explosion on the Grushevsky street: the attackers tried to undermine the military truck. 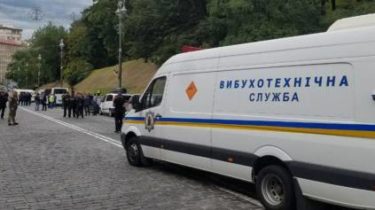 The attackers, who on 24 August and caused an explosion on the street Grushevskogo in Kiev, trying to undermine the truck with the Armed forces of Ukraine.

This was stated by Prosecutor General of Ukraine Yuriy Lutsenko, Ukrainska Pravda reports.

According to him, the attackers threw an explosive device in the truck, but it bounced off and exploded, wounding a civilian who was passing by.

Lutsenko noted that in case of an explosion already there are suspects. Now experts-bomb experts who must determine that it was an explosive device.

“It depends on further qualification of the crime,” – said the Prosecutor General.