Day “school of the armistice”: intensification of shelling and two wounded military APU 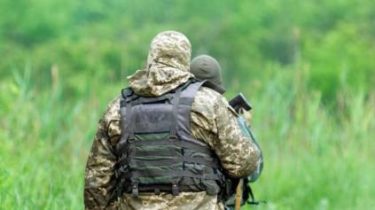 For the first day of “school truce” two Ukrainian soldiers were injured.

As reported in the press center, a number of armed provocations by the enemy was minimal, however, towards the evening, militants have stepped up attacks on positions of the APU.

In particular the tense situation in the future is in the area of Avdeyevka industrial zone. There is almost 17:00 and within a few hours fighters fired at strong points of ATO forces from grenade launchers, heavy machine guns, small arms.

In addition, the Pro-Russian terrorists fired at Ukrainian positions 10 min of caliber of 120 millimeters. Given that the enemy fire was pretty aggressive, purposeful and directly threatened our military force ATO opened fire in response. The result of this conflict two Ukrainian soldiers were injured.

Also cases of use of enemy weapons was recorded in the area of the mine Butovka.

Almost completely adhered to the ceasefire the militants only in the direction of Lugansk. Here during the day, the enemy only once without aiming using a gun near Crimson.

Published by the Press center of staff ATO 25 Aug 2017

We will remind that on August 25, after midnight, the promised cease-fire with the militants did not happen. On the contrary – they are profusely beaten with heavy weapons on Ukrainian military positions. Has not done without victims. One Ukrainian soldier was killed.