In China, the driver of the scooter was staring at the mobile and fell into a huge hole in the middle of the track 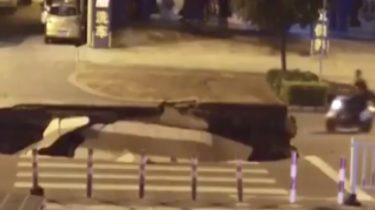 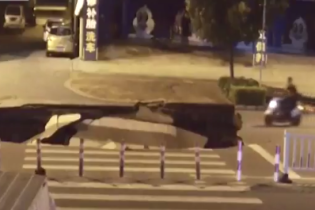 In China, the driver of the scooter fell in a huge holethat appeared in the middle of the road.

On video it is visible to some point on the road there was a huge gap. Then a man driving a scooter who was so passionate about their smartphone, they did not notice the obstacles at full speed and crashed down.

However, he got off lightly.

Now a pit with a length of 8 meters has stood, and the reasons for its occurrence are investigated.

A man on a scooter was reportedly on his phone as he plunged into a sinkhole in China. He suffered no serious injuries, state media says pic.twitter.com/s9IE4il2UJ

We will remind that earlier in Lviv under the car fell through the asphalt, resulting in effluent from the sewage pipes began to leak out on the road. “The incident” occurred on the street Bogdanovsky far from the Church there.