An accident in the center of Kiev with the participation of the son Shufrych: the police opened the case and appointed examination 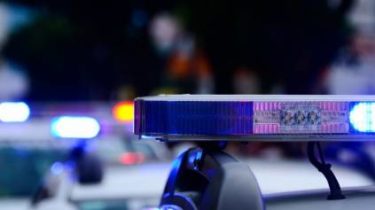 The police opened criminal proceedings on the fact of road accident in the centre of Kiev, when the son of people’s Deputy Nestor Shufrych driving a Bentley down the person.

“Investigators began criminal proceedings under part 2 of article 286 (violation of the rules of road safety) of the Criminal code of Ukraine”, – stated in the message.

First aid to the downed Shufrich Jr. provided the pedestrian was the son of the chief Rabbi of Ukraine

As noted, the driver of the car cooperating with the investigation, his passport attached to the materials of the criminal proceedings.

Besides, not far from the accident scene found a surveillance camera, recordings from which will be confiscated in accordance with legislation.

“To determine the circumstances and mechanism of road accidents will be conducted examination, including the technical condition of the car, autotechnical and graphic arts. During communication with militiamen, the driver passed a test to determine intoxication and passed the examination in the hospital: the results showed that the man was sober. However, he took tests to establish the presence of drug intoxication,” – said the police.

According to preliminary information, the doctors, the victim closed cherepno-a brain trauma, fractures of the forearm and lower leg. The man is in the hospital.

In addition, it is reported that Bentley was leased, but now the car was seized and taken to restplace.