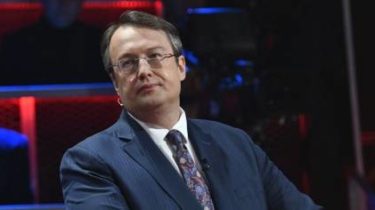 The security guard of businessman Peter Damanskogo, who claimed that he was driving “Mercedes” during the fatal accident near Lviv, can be charged with concealment of the crime.

This was stated by the MP, adviser to the interior Minister Anton Gerashchenko in comments to television channel “112 Ukraine” ,reports “Ukrainian truth”.

“43-year-old security guard arrived late at the scene of the accident and in fact is the attacker, because it contributes to the concealment of the crime. I think he will be charged with concealing a crime”, – said Gerashchenko.

Also, according to the MP, similar charges can be filed three more guards Damanskogo who were in a jeep “Lexus”. He was accompanied by Mercedes, who arranged the accident. Charges them according to Gerashchenko nominated, because they “know who actually was driving the car “Mercedes”.

Gerashchenko noted that as of today Dyminsky not cooperating with the investigation, however, he has still not returned to Ukraine.

“We expect the days of DNA results from the pillows, which were opened in the car “Mercedes” after this tragedy. On the pillow was a biological trace of the driver – mucus, blood, etc., on the basis of these biological traces will be installed the fact, who actually was driving” , he said, confirming that it is possible to find out without the participation of Damanskogo.

Gerashchenko recommended Dimensao “not to take an ostrich position,” and to come back and give testimony to the investigation.

Videodisco, whose vehicle was involved in a fatal accident, the second time not come for questioning

“The court will be easier to determine the extent of punishment, if voluntary repentance and support the investigation,” – said the MP.

Recall, 18 August, the car famous Lviv businessman was involved in an accidentin which a young woman died. Media wrote that Dyminsky was present at the scene of the accident. Eyewitnesses of accident said that he closed the SUV guard, and the guard of the businessman – Andrew Borsch said that he was driving a Mercedes S 65 AMG – car, which crashed into another car.

Galician district court of Lviv took the security guard under arrest for a period of two months without possibility of bail.

26 Aug Dyminsky second time I ignored the call the police. Meanwhile, a lawyer Damanskogo said that he is ready to cooperate with the investigation.