To break the umbilical cord with Russia. Film production in Ukraine fighting for the right to live without “big” brother 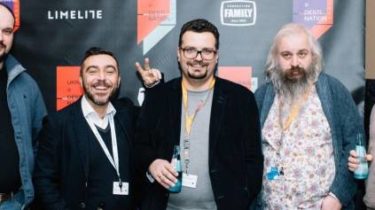 Comedy series “Village on mlion-2” – a classic example of a national film: Ukrainian financing, the Ukrainian Director, actors and technical base. And it will be shown, first of all, to our audience, which is waiting for its high-quality movie.

“Demands the viewer to the quality was much higher. And that’s not all! 20 years ago we could afford during the year to shoot eight episodes. Now eight series divided into a maximum of a month. This is the maximum, because the laws of the market are quite different. If you don’t sustain the tempo and quality, then look for another line of work “, – assured the Director of Bata, Nedic.

These tapes become more – in the spring the President signed the law on state support for cinema. The document, in particular, specifies that this Ukrainian film, and how to win him public money.

“The provision of state subsidies for film production at 80% and on the other hand subsidies on production series at 50%, which never happened. Coverage of the so-called qualifying expenses to film makers. A number of incentives for filming in Ukraine, for co-production “, – said the Deputy Minister of culture of Ukraine Yuriy Rybachuk.

However, the devil as always is in the details and these details – change 19 of bylaws and the adoption of nearly three dozen new. One of them, the Parliament has already received. He rips the cord of the “Russian world”, which is still attached to our film industry. The document prohibits any form of joint production of cinematographers of Russia, which is defined as “an aggressor state”. In fact, some of the prohibitions and restrictions have started to operate in 2015, but the hybrid chinovela just can’t win.

A list of 23 pictures, permission to broadcast (bureaucratic language – distribution certificate) was revoked by the state only on the TV channel “Ukraine”. In particular, the last of them, “the Whirlwind” had aired a month ago, however, the experts of cinegetica found: information about the origin of the tape is incorrect, simply put, is a deception, the Russian TV series disguised as our.

Mykola knyazhytsky, the Chairman of the Verkhovna Rada Committee on questions of spirituality: “We see that very often abused this right of the broadcaster. They were given essentially a Russian product for the Ukrainian product. Or actually made a film about the power bodies of the Russian Federation the aggressor country, and it is forbidden, just cut some scenes, put in there, and pasted some Ukrainian policemen instead of the Russian police, but in fact it was still Russian film. And gave it all in total production. This law will not allow in the future to do it … usually it’s “inter” and “Ukraine” – they have more of these shows and we always thought that they will realize that probably somewhere here it is necessary to make a point, because the war continues.”

The Ministry of culture has confirmed the existence of “gray” schemes of joint production with the Russians. “We know that there are instances when there is just a disguise when you shoot a few scenes in Kiev or elsewhere in Ukraine, and the film actually served as a Ukrainian,” – said Rybachuk.

To stop gray schemes, the authors of the new law pay attention to even the little things like the location of the place of installation of the film, not to mention the nationality of producers or studios.
“This kind of reaction of deputies to the failure of the television and film industry to regulate the production process, joint production of Russian-Ukrainian TV series and movies. This debate has been ongoing for more than two or three years. Unfortunately there is no result and obviously, this is the easiest and most effective way to stop the manipulation that is happening now. In this manipulation there is the economic base. To produce TV series with Russian much better, but they can produce today at the Belarusian-Polish or Ukrainian series. And when a lot of show you watch is issued by Ukrainian, in fact the roots and the economic and from the point of view of the characters, and from the point of view of the history in them is also in Russia”, – said Alexander Tkachenko, General Director of “1+1 media “.

In the state carefully evaluate innovations and indicate that the Ukrainian advertising market would not provide earnings, so some of the producers do not want to abandon Moscow. “The production of the series on the Ukrainian audience just narrows the room for his next sale. Poland has its own TV series in Lithuania has its soap operas in other countries… So we understand why there was this cooperation with Russia, which is now terminated, we understand this and we, of course, that was more Ukrainian content, but the issue here is that we need a balanced approach, ” said Sergey Neretin, Deputy Chairman of the state Agency for the movie.

To sinoagent also have a question from the Prosecutor. They relate to earnings, now studios, which the state gave money from the state budget. “Currently, we have received information that suggests that these businesses after receiving budget financing had a relationship with the fictitious enterprises, oplachivaetsya services “, – said Andrey Andreev, the Deputy Prosecutor of Kiev.

Goloseevsky district court of Minsk has provided investigators access to the accounts of the state and to the studios producers and related companies. Checks were joined by the auditors of the accounting chamber. How deep they dig down and more facts come out to the surface – it is difficult to predict because of embezzlement of budget funds has become a scourge of Ukrainian cinema. The scheme can be very primitive: in the application to the state, the producers can raise the necessary amount several times that of the state for various reasons, these funds are allocated, then their part goes to actual production, and part is charged by fictitious documents.

We are talking about vast sums, because the state on the wave of Patriotic enthusiasm for several years, constantly increasing the cost of production is a national movie. Last year they amounted to 242 million in the current year more than 500 million, the next four times. “According to experts prior to the next year it is necessary 2 billion hryvnia. In subsequent years a little more. Whether this amount is less – it all will depend on possibilities of the state budget. This year has been for the production of 72 movies! We see that including at the expense of the state support of Ukrainian cinema becomes noticeable, ” – said Rybachuk.

However, state support may be in question, especially if confirmed suspicions of prosecutorial investigators. It is possible that they will pay attention to the fact that 20% to 40% of the funds the state allocates the current companies producers Filippov and Osadchy, friendly, big and well-known cinematic family.

Campaigning, or nepotism, in determining who to provide budgetary support is one of the critical accusations of the state. However, the system allows the head of cinegetica to deny any involvement in the allocation of public funds.

“All the decisions which films will be supported, are accepted on an open competitive selection of the expert panel. The state, its leadership, neither I nor my subordinates do not choose movies that will be supported, we will only carry out those decisions taken by the expert Commission, which as a result are approved by the Board of the Ministry of culture of Ukraine, which forms the program of film production. We provide just the process running this program “, – said the Chairman of Goskino Philip Ilyenko.

The official three weeks preparing to explain the attention of law enforcement to his activities: “I have not received any complaints from the Prosecutor’s office on these issues. Why, I know only from news 1 + 1 and my position on this will be published shortly including lawyers. Thank you. Let’s talk on this subject separately.”

After our formal request and the state and producers will have to talk about money, and about the series of questionable origin on the same channel “Ukraine” and the possibility of cooperation with foreign cinematographers and, finally, about the program of development of national cinema, if it exists. Although, in fairness, say that solidarity in the cinematic environment, there are almost no each other competitors and frenemies.

We are faced with the reluctance of many big players to unveil the hidden conflicts and problems. On the other hand, at least two, Alexander Tkachenko and Sergei Sozanovsky spoke in favour of seeking consensus.
A large consensus has to touch at least of the establishment and not a violation of the General rules of the game, laws, and state support, and in cooperation with foreigners, and in the construction of cinemas, and, finally, in the investment attractiveness of the country. To do, to look cool and be proud of Ukrainian films – is the most important task for young filmmakers seems to be a dream. The gray-haired same meter today see all the chances. “I see a huge breakthrough. I see due to the fact that our consciousness has changed due to the fact that such events in our country occurred and are occurring. Focus on the fact that we are nation is and how strong we are and just as cinema’s development from the position of a free people and a positive force, not to be outdone,” – said the actor Anatoly Hostikoev.

And while we continue to export to Russia currency, feed at own expense local actors, cameramen, screenwriters, costume designers, artists, drivers and electricians and dozens of professions, and to import Russian hybrid movie.

Videocinema and gray schemes: broadcast in Ukraine disguised as the Russian series