Downed Shufrich Jr. pedestrians are preparing for the second night of the operation 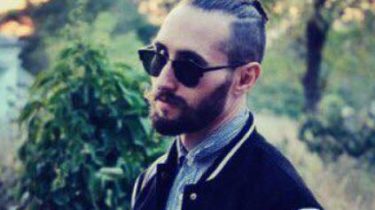 Nestor Shufrich Jr. has still not announced a suspect. The day before yesterday, the son of people’s Deputy nearly killed a man by crashing into him on a pedestrian crossing in the center of Kiev. The victim’s condition is still extremely serious. Shufrich Sr. called for him professionals from Israel.

Came to the capital and family guy. He is from Kherson, family or friends not here, so the father and brother of Alexey Melnichenko about what happened to him, only found out the next day on the news.

Since the morning under the Department of polytrauma of the Metropolitan hospital, where Alex Melnychenko, the man who was hit by a Shufrich Jr., on duty journalists. Here, several luxury cars, they came to Israeli doctors and assistants Nestor Shufrych.

After lunch come to the hospital the father and brother of the victim. They are from Kherson, about the accident only learned the next day from the news.

It all happened on Saturday, at half-past ten in the evening. Son of people’s Deputy raced through the center of Kiev on luxury Bentley which has rented. Before pedestrian crossings is not impeded. While not hit by Alexei. The guy was thrown from the car 20 meters. It with fracture, dislocation, and traumatic brain injury was hospitalized.

Father and brother of the victim is first sent to the main doctor. This case immediately pulls up and a string of Mercedes and BMW. First family, doctors and colleagues of the politician – all talk together in the office, then go to the house of Alex. In the end, the father agrees to comment on the situation TSN. Says that the son came to Kiev just a few days ago.

“He was here a few days for employment. Wanted to get a job as a Barista. He already had skills in this area,” says the father of the victim.

The chief doctor says the patient’s condition remains extremely serious. The day before he did one operation – set the dislocation, and fixed the broken leg. Tomorrow would have to operate on the brain. And claimed that it is highly undesirable somewhere to be transported.

But hired a Deputy Israeli doctors are still trying to persuade the relatives to move the injured to a private hospital. Those listen to advice. They say the important thing for them now is the health of Alexei. To take revenge on the son of a politician-millionaire not seek.

Moral damages have not yet discussed.

Damages craves the owner of a broken Bentley. Entrepreneur says he passed the car rented Shufrich Jr. as a friend.

In the evening Alexey Melnichenko is still transported in a private clinic – there is immediately the doctors from tel Aviv to organize a press conference. They say that we need second surgery of medium complexity, which plan to spend tonight.

Foreign physicians say, offered relatives Melnichenko to deliver the patient at least in Israel. But they yet stopped at a Ukrainian clinic. Neurosurgeon, rehabilitation specialist and their Manager will be in Ukraine until they will need. How much for all this pays them Shufrich, not talking.

Meanwhile, the Prosecutor’s office for suspicion of Nestor, Jr. is almost ready. It remains to determine the severity of the crime.

“We are waiting for the medical report is severe or moderate injuries,” – said the press Secretary of the Prosecutor’s office of Kiev Hope the maximes.

As soon as the doctors will respond and will give suspicion. It could happen tomorrow morning. After that Shufrich Jr. will elect a measure of restraint.