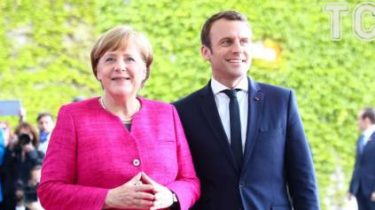 The leaders of Germany and France Angela Merkel and Emmanuel macron called on the presidents of Russia and Ukraine to provide “school truce” in the Donbass.

This is stated in their joint statement, which was circulated by the press service of the German government, reports Ukrainian Pravda.

The leaders of Germany and France reported numerous violations of the regime of silence and the use of heavy weapons during the shelling. They also pay attention to the fact that the OSCE observers continuing to report about restrictions on freedom of movement, especially in the occupied territories.

Day “school of the armistice”: intensification of shelling and two wounded military APU

We will remind, during negotiations, the leaders of the “Normandy format” commended the idea to declare a truce in the Donbass on the occasion of the beginning of the school year.

in turn the President of Ukraine Poroshenko urged to immediately release all Ukrainian hostages.

But the militants did not abide by the “school” armistice and richly beaten with heavy weapons on Ukrainian military positions. Died Ukrainian fighter.