Shufrich first comments on the accident involving his son 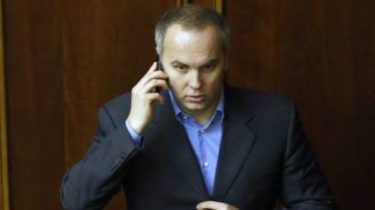 According to the parliamentarian, a man who was hit by Shufrich Jr., is hoped to save. It needs to be transported to a private medical facility.

“Negotiations with the Israeli doctors. There is hope for the salvation of Alexis ‘ (victim in an accident, – Ed.). May God grant him health and strength. Now preparing to move him from the state hospital to a private clinic. God willing, our doctors and Israeli experts will save him. This is important. Everything else is secondary” – leads the “Commander in chief” quote Shufrych.

According to media reports, knocked the man is now in intensive care in an unconscious state. He was diagnosed with a complicated traumatic brain injury.