The Russian military in the Donbass killed the local intelligence 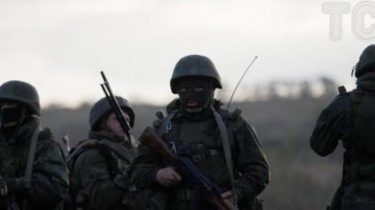 In the occupied territory of Donetsk region the Russian military killed a local resident and tried to present the incident as an attack on them.

According to scouts, after the crime, Russian soldiers tried to fabricate evidence for the purpose of prosecution of the victim in the attack on the military.

In addition, it is noted that due to the lack of warning signs and awareness of local residents about sites of minefields near the Seversky Donets river near the village of Krasny Yar, on the banner struck and received injuries incompatible with life local.

Earlier, drunk on the Luhansk region the militants started shooting indiscriminately and exploding grenades. Besides, near the village of Bezimenne on the coast of the Azov sea, the mercenaries have made road accident, which injured civilians.