The day passed without loss. The situation in the ATO zone 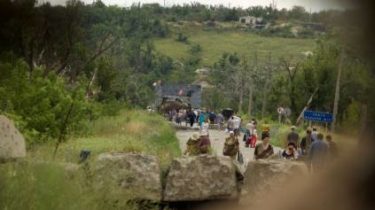 For the past day illegal armed groups in Donbas 22 times opened fire on positions of forces ATO. Losses among the Ukrainian military no.

Avdiivka industrial area and outskirts of the village of Water – took place here more than 60% of all cases of opening fire on the day.

On the Donetsk direction the evening and at night the terrorists twice used grenade launchers and heavy machine guns in the area of Avdeyevka industrial zone. Additionally, the grenade worked on the outskirts of Mayorsk and Luhansk. One of these attacks the Ukrainian military, the only time in the day opened fire in response.

#Topod the Construction of the press center of staff ATO in 27.08.2017. At the end of the last days the situation in the ATO area …

In the seaside area in the evening fighters repeatedly used heavy machine guns on the approaches to the Water and Lebedinsky.

Yesterday, August 27, it was reported that baiowiki significantly reduced the number of attacks of positions of the Ukrainian military in a zone of carrying out anti-terrorist operation on Donbass. While the separatists do not use weapons with a caliber of over 100 millimeters.