Fights and terrible accident drunk. It became known as the militants celebrated the miner’s Day 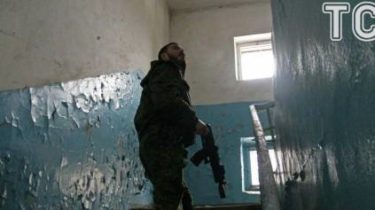 During the celebration of miner’s Day Russian soldiers in the Donbas terrorized the local population and violated military discipline.

In particular, the so-called “Deputy defense Minister “DNR” logistics” went to units 1 AK (Donetsk), the armed forces Inspectorate. The consequence of such “inspections” was the perfect accident, in which a soldier was crushed by one of the units.

In addition, during the celebrations in mining, dedicated to miner’s Day, took place a fight between soldiers of one of the units of the AK 1 and local residents.

The Russian military in the Donbass killed the local intelligence

We will remind, in luganshchina the drunk the militants started shooting indiscriminately and exploding grenades. In the Donbass after the introduction of the “school” truce, despite the constant presence of the commissions of the Russian command, in units of fighters dramatically increased the number of cases of alcohol abuse and illegal acts against the population.

“In the village of Sentyanovka (renamed Frunze village – approx.ed.) a group of soldiers 4 separate motorized rifle brigade (Alchevsk) 2 AK in the state of alcoholic intoxication was done indiscriminately and exploding grenades,” – said in the message.