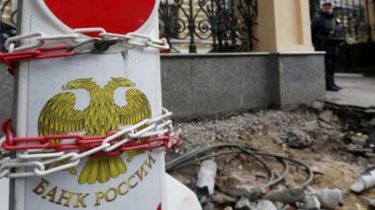 announced a reorganization of the Bank “Opening” and his entry into his capital.

About it reports “Rain” with reference to the regulator.

The Central Bank will become the main owner of the largest private Bank of Russia – he will receive not less than 75% and the owners will retain a 25% stake.

One of the reasons for reorganization “Open” has become “itself a business strategy: mergers and acquisitions at the expense of borrowed funds”, said the first Deputy Chairman of the Central Bank Dmitry Tulin.

Also the reason was the Bank’s attempt to buy “Rosgosstrakh”. In addition, the state of “Open” was affected by the reorganization of the Bank “trust”.

Sanitation of Bank “Opening” will take six to eight months. This is the largest case of reorganization in the Russian banking sector.

The composition of the financial group “Discovery” of the world Bank are “Rosgosstrakh”, Rocketbank, the Bank “Point”, brokerage and analytical structure. Among the owners of the Bank — entrepreneurs Vadim Belyaev (founder of the group) and Alexander Mamut, VTB, the President of “LUKOIL” Vagit Alekperov and member of the Board of Directors of “LUKOIL”, the owner “Spartaka” Leonid Fedun.