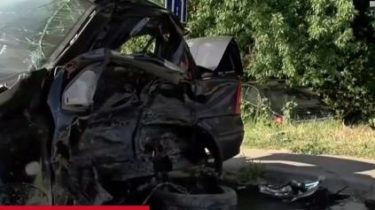 Lviv appellate court could not reconsider the measure of restraint to the security guard of businessman Peter Damanskogo Andrew Borsch, who was detained for two months without the right to bail immediately after the deadly crash. The accident killed the female driver of the other car, and the Soup took on responsibility for this, says the story TSN.19:30.

The lawyer of the detainee insists that the crime was not intentional, the scene of the accident his client didn’t run away, so he asks to release him on bail. However, to convey that message to the judge, the lawyer could not, because the meeting has not begun for lack of the representative of the state prosecution.

Videoporoshenko says that the investigation Damanskogo will be transparent and unbiased

Investigation in the case of resonant road accident has continued for two weeks, and all this time Dyminsky, a businessman will not appear on the call to the police. But witnesses and relatives of the deceased claim that he ran “Mercedes”, and Andrew Borsch took over his guilt. The innocence of a guard before the accident was confirmed by DNA examination.

The publicity of the case led to the fact that the comment came from leading persons in the state. “I do not conduct investigative actions, but I can say that the results of the DNA examination, in the car, DNA is not the man who says he was there”, – said the Minister of internal Affairs Arsen Avakov. “The investigation is carried out transparently and nathanwaterhouse and will be carried out, regardless of status. Now the case is claimed to Kiev. I think that it will add objectivity in the course of the investigation,” – said the President Petro Poroshenko.