In Kiev, unknown persons in masks and with weapons stolen from a car a few million 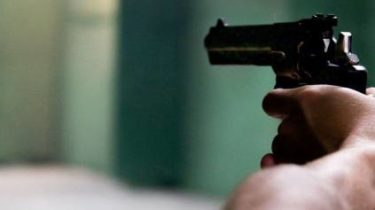 In the Svyatoshinsky district of the capital, masked men committed an armed robbery.

This is reported by “Vartov.Espresso”.

Unknown under the threat of arms took from the car of private entrepreneur a bag with money. Probably stole a few million.

After this, the attackers shot the wheel of the auto-entrepreneur and fled in a gray BMW.

In the capital entered the plan “Interception”, the police involved in the crime.

In Kiev, unknown persons in masks robbed the man a bag with half a million hryvnia

We will remind, in Nikolaev unknown in masks shot a man with a pistol and took away his bag with money. According to the report, the attackers fired several shots from a traumatic gun and wounded a 34-year-old victim in the leg. After this they took a bag and left on the Audi A6 of gray color.

Currently, the sum of the caused damage is established. According to local media, the victim in the bag was 0,5 million UAH.