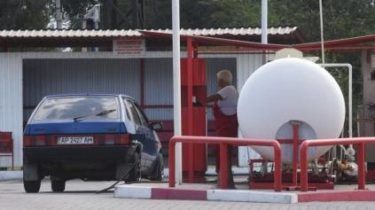 The cost of petrol, which in recent weeks has risen by 5 UAH due to the shortage in Ukraine, will start to decline in the second half of September.

This was promised by President Petro Poroshenko, reports “League. Business.”

“I want to emphasize that we have carried out the necessary consultations with the government, I spoke with the Prime Minister, we are absolutely clear and agreed approaches. Position one: the anti-monopoly Committee should take all measures to prevent monopoly and growth rates, checked all gas suppliers. And if found to be the fact of high profits, those who made it will be fired and the situation returned to normal”, – assured Poroshenko.

The second issue is geopolitical.

“In the context of a hybrid war, when the main supplier of liquefied natural gas is the Russian Federation, decisions were made about the withdrawal or restriction of supply, just as has happened with natural gas. We must learn to live in the conditions of hybrid war,” – said the head of state.

Ukraine needs to establish its own production of gas to replace supplies from Russia.

“We expect results within two to three weeks, and in the second half of September, the goal is to lower prices for liquefied natural gas and bringing to justice those who have committed a violation if the facts are established,” – said Poroshenko.

The investigation will also involve the National police and General Prosecutor’s office.

Recall that currently the price of LPG remain relatively stable. Today, August 30, a liter costs an average of 15.40 UAH. The maximum value of the largest networks of filling stations – 16,49 UAH.