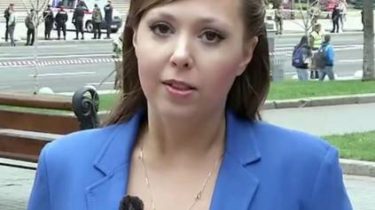 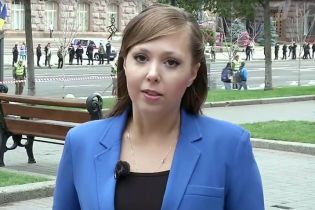 The SBU information on the abduction of the journalist “the First channel”, the 29-year-old Anna Kurbatova’s called stupidity.

About it RBC said the official representative of the SBU Elena Gitlyanskaya.

“We don’t do kidnappings. We act solely under the Ukrainian legislation”, – she said.

In turn, the adviser to the interior Minister of Ukraine Anton Gerashchenko declared that heard nothing about the arrest of a Russian propagandist.

According to him, the security service could detain her legally, or she just got a cell phone.

“I can’t comment on what she previously appeared in the database of the site “Peacemaker” – he said.

We will remind, the Russian “First channel” announced the detention of their journalist Anna Kurbatova – in Kyiv today, August 30. According to the report, Kurbatov grabbed the unknown close to home, put in the car and drove away. According to the information channel, she was detained by the SBU.

“Earlier in the address of the correspondent of the First channel received threats, for example, after reporting on the Day of independence of Ukraine, where she explained why the 26 anniversary of gaining independence for many people – a sad holiday”, – stated in the message of the Pro-Kremlin channel.

Kurbatov entered into the database “Peacemaker” because of the manipulation of information of public interest and biased account of the events. On “the First channel” came out biased propagandist story about the celebration of the independence Day of Ukraine.

Her last story was about Ukraine and concerned the expelled Spanish journalists for their anti-Ukrainian activities.