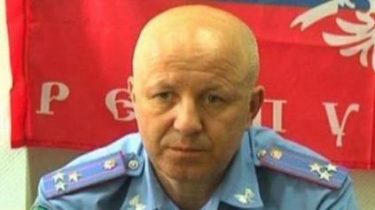 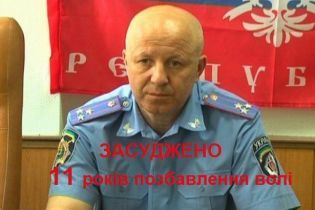 To 11 years of imprisonment was sentenced in absentia former acting head of the Mariupol city Department of the Main Department of MIA of Ukraine in Donetsk region Oleg Morgun. This was reported by press Secretary of the Prosecutor General of Ukraine Larisa Sargan.

It is noted that he participated in a press conference in Donetsk terrorists seized the building of OCD.

In the Donetsk region will begin in absentia to judge of the Prosecutor, the traitor who defected to the “DNR”

“During the hearings proved that on may 18, 2014 the acting head of Mariupol police Oleg Morgun took part in the press conference, which was conducted by representatives of the terrorist organization “DNR” – Kuzmenko D. V. and A. A. Borisov (nicknamed “Chechen”) captured at the time the building of the Mariupol group of the Department for combating organized crime Main Department of MIA of Ukraine in Donetsk region”, – writes the Gar.

To 11 years in prison in absentia sentenced former VA. the chief of the Mariupol city Department of the Main control…

The actions of Wink discredited the reputation of the law enforcement authority and undermined the authority of the Ministry of internal Affairs of Ukraine, she said.

“The policeman was aware that his actions violate the oath of the employee of bodies of internal Affairs of Ukraine, but reacted indifferently to this and deliberately took no measures to liberate the occupied administrative buildings and detention of members of the terrorist organization “DNR”, – said the press Secretary of the GPU.

After the dismissal and transition into retirement in 2014 wink moved into Novoazovsk on the temporarily occupied territory by the terrorists and became a member of terrorist group “DNR”, and in March 2015 even headed the illegal authority of the administration Novoazovskiy district.

He did not appear for questioning and was temporarily not controlled by Ukraine territory, so the trial was held in absentia.

August 23, Azov district of Zaporozhye region court announced a guilty verdict in which Oleg Morgun convicted in absentia for committing criminal offense under part 1 article 258-3 (participation in a terrorist organization) the criminal code of Ukraine and sentenced to 11 years in prison.

We will remind, earlier security Service of Ukraine expressed the suspicion to the head of Yavoriv polygon in the Main intelligence Directorate of the General staff. According to the judgment, he carried out the collection and transmission of military information about the center’s activities.