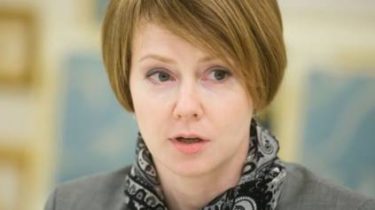 Belarus in words behaves as a partner, but actually operates quite differently.

This broadcast “5 channel” said Deputy Minister of foreign Affairs of Ukraine on European integration Olena zerkal, commenting on the latest developments in relations between States.

“In fact, in Belarus, I think more questions than answers now. In particular, for example the same accession of Belarus to the world trade organization. If we want to support Belarus in this introduction, for example, despite the fact that Belarus is the last country in the Eurasian economic Union, which is joining the WTO. And what will be the consequences of this entry? Or we are going to look at their own interests and to impose in Belarus, Belarus using the EurAsEC their interests, including transit, including all restrictions, including all licenses and all the other issues and, of course, addressing issues and entry of citizens of Ukraine and the security of citizens of Ukraine in Belarus,” – said zerkal.

“In my opinion it is a complex matter and we must approach this comprehensively, because Belarus, in words, behaving as a partner, and in fact they behave quite differently,” said Deputy Klimkin.

We will remind, in the Belarusian Gomel disappeared Ukrainian citizen Pavel Mushroom: according to his parents, he was detained by the FSB. In Belarus, he left on August 24 to meet up with a girl-Russian woman, whom he met through the Internet.