In Kiev, a 15-year-old boy was electrocuted on the roof of the freight car 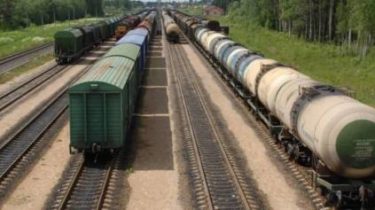 Wednesday, August 30, at 18:40 at the station Kiev-passenger railway was removed from the roof of wagon (car carrier) injured by electrocution of 15-year-old boy.

The victim is now in serious condition.

Earlier Tuesday, 29 August, at 20:30 on the same station on the car found by an electric shock man.

Workers of gschs, after a power failure at the station, shot the victim and was sent to the hospital.

In total during eight months of this year on the Railways of Ukraine was injured 365 people, of which 242 were fatal.

Recall that nand the Kyiv region 17-year-old boy fatally electrocuted while trying to take a selfie on the train. August 4 04:37 at the railway station “cherry” on the freight train, found the unconscious young man.

According to eyewitnesses, the guy climbed on a train to make a photo and he was struck by an electric current.

Rescuers removed the dead man from the car of a freight train.