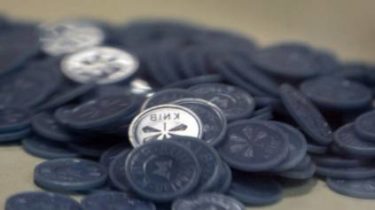 From tomorrow, 1 September, in the Kiev metro will not be to exchange the old green tokens to the new blue. This needs to get done today before 19:00.

Exchange the old tokens for the new act only four metro stations – “Independence square”, “Polytechnic Institute”, “Darnitsa” and “dorogozhychi.” This was stated press Secretary of the “Kiev metro” Natalia Makagon comments in the “112 Ukraine”.

“The exchange counters or in proportion, or for a fee. For example, if you have 5 green tokens, you get 4 blue, or if you have 1 green badge, you will need to pay 1 UAH. Tomorrow the appeal will be only blue tokens. In principle, we derive the token from circulation. Most of our passengers are already enjoying the cards,” said Makogon.

Smart subway without tokens and with the QR ticket: how automation is changing the capital’s subway. Infographics

As of today, passengers of the Moscow subway already exchanged more than 100 thousand coins.

We will remind, on July 15, the cost of travel in the metro grew by one UAH – 5 UAH. Metro will gradually abandon the use of tokens already limited sell at the box office. Subsequently, for trains you can use a special card-a travel card, to pay by credit card directly at the turnstile or use a disposable paper ticket with a QR code. For example, at the station “Klovska” tokens do not accept at all.