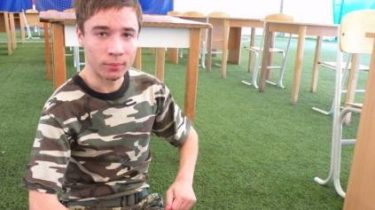 A citizen of Ukraine Pavel Grib crossed the state border of Belarus on 24 August.

About this informed the official representative of the State border Committee of Belarus Anton Bychkovsky, BelTA has learned.

“This man really crossed the state border of the Republic of Belarus on August 24 in the checkpoint “Novaya Guta” in the manner prescribed by law. Claims from the border of Belarus to this person was not” – said Bychkovsky.

We will remind, in the Belarusian Gomel disappeared Ukrainian citizen Pavel Mushroom: according to his parents, he was detained by the FSB. In Belarus, he left on August 24 to meet up with a girl-Russian woman, whom he met through the Internet.