The Marshall plan for Ukraine: in Lithuania announced the financial support of the project 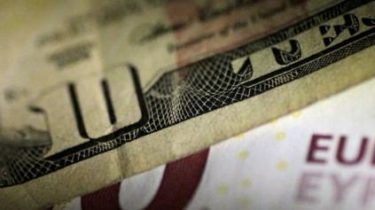 The idea of implementing the “Marshall plan”for Ukraine is political and financial support.

This was stated by the speaker of the Seimas Lithuania Viktoras Pranckietis during a meeting with Prime Minister Vladimir Groisman in Kiev, said the “Government portal”.

It became known when and where the “Marshall Plan” for Ukraine

Groisman noted that the initiative of Lithuania regarding the “Marshall plan” will accelerate the modernization of the country. In turn, Pranckietis stressed that Lithuania remains the advocate of Ukraine in the European Union and NATO in the context of countering the military aggression of Russia.

“But today on the agenda and the economic success of Ukraine. That is why the idea of the Marshall Plan, which we announced and outlined in Europe and the USA”, – said Pranckietis.

Recall that in 2014, Lithuania initiated at the EU level the debate on the six-year financial assistance to Ukraine in the amount of 30 billion euros. The relevant resolution was passed committees on foreign and European Affairs of the Lithuanian Parliament.

The document says that Lithuania proposes to revise the EU budget 2014-2020 in order to allocate up to 3% for the implementation of a new “Marshall plan” for Ukraine, and thus form a tool of financial assistance to Ukraine, which would have reached 30 billion euros.