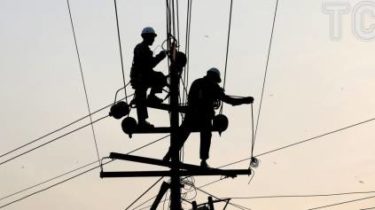 Today, August 31, the state property Fund sold 25% of shares of one of the largest power supply companies of Ukraine “DTEK Dneprooblenergo”, which is part of DTEK energy holding of the billionaire Rinat Akhmetov. The starting price during the auction was doubled with 490,055 million UAH 1,005 billion.

This was announced during the online broadcast of the auction, reports UNIAN.

The auction was held at the site of the PFTS stock exchange, the acquisition of securities claimed two members. August 31 was also sold 25% of shares of “DTEK Dniproenergo” at a starting price of 728,236 million. Winner of both the bidding company Ornex, which is part of the group “System capital Management” Rinat Akhmetov.

August 16 was sold 25% of shares of “DTEK Donetskoblenergo”, and August 18 – 25% of “Kyivenergo” and “DTEK Zapadenergo”. All of these assets also bought the company Ornex Akhmetov.

Experts note that the monopolization of the power companies can turn to the Ukrainian growth rates.