In Kiev during the movement caught the tram with passengers 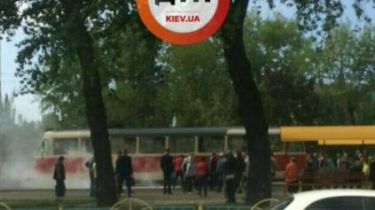 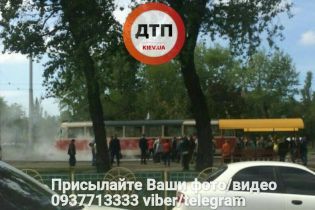 In Kiev on the street Chornovil during the movement caught the tram with passengers.

It is noted that passengers were evacuated.

The causes of the incident and information about the victims specified.

State of emergency in Kiev. Opposite the shopping center the Avenue. In 12.24 at full speed and caught the tram. Passengers on an emergency basis makerova…

Recall from Kiev, near the tram lit up “horns”. The tram was moving towards the ring road, stopped at the bus stop. When he had to leave, jerked and inside a moment the lights went out. Then the driver got out and saw that the second tram car burn “horns”.

All the passengers went out into the street, where at that time it was raining with lightning. Then the tram went blank.