Fatal accident in Kiev: the motorcyclist at high speed crashed into a fence 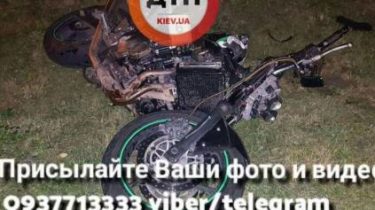 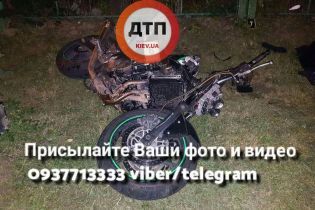 The evening of 1 September in Kiev, Generala rodimtseva occurred a fatal accident involving a motorcyclist.

According to preliminary information, the motorcyclist was traveling at high speed on the street Heroes of defensive, do not fit into the turn, clipped a curb and crashed into a fence.

On the highway Kyiv-Chop, a motorcyclist collided with a car and flew under the truck

32-year-old motorcyclist died instantly. At the scene, the parents came to men. The mother was hysterical – she was not allowed to take her son’s body from the accident scene, and then lost consciousness.

Recall that in July, resulting in a terrible accident with a motorcycle on Head Avenue in Kiev killed a man and his mother-in-law. The motorcyclist the day before the tragedy had a wedding. He was driving with his mother and his wife in the accident were both killed. The wife of the deceased went to the next bike, she witnessed the death of her husband and his mother.

Photos from the fatal motorcycle accident in Kiev, Generala rodimtseva, 19. According to preliminary information, the pilot …

The mother of the deceased 32-year-old boy lost consciousness. Before it was not allowed to take the body from the accident scene. Appreciate life and not…