In nikolayevshchina of the deceased buried during the truce volunteer 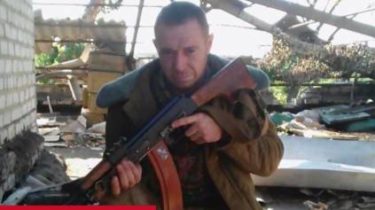 In nikolayevshchina said goodbye to the fighter of the Ukrainian volunteer army Gennady Levitsky. Sister called him “friend Zone”, says the story TSN.19:30.

The soldier was killed near Marinka on August 30 during a combat mission, when the official reports reported that at the front almost solid silence and losses among Ukrainian defenders there. A few days Gennady would have turned 42 years old.

Gennady Levitsky fought in 2015. Colleagues say that the group “Zone” came upon the enemy dig and a fighter were killed, covering the injured fellow, which was evacuated to a hospital. Gennady left the old mother and younger brother, who also defended their Homeland in the Donbas.

In Kharkov in the hospital of the dead soldier, who was wounded in ATO

As previously reported, requirements for compliance with the terms of the armistice for the Ukrainian soldiers on the frontline become tougher. At the same time the enemy feels much freer and is not shy to attack the positions of the APU.