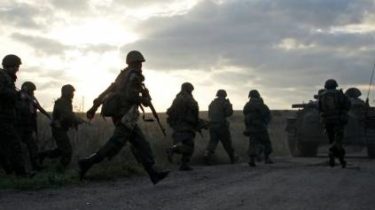 On PPC “Stanitsa Lugansk” militants kidnapped a guy born in 1995 who worked as a loader. This reports the press service of the Kharkiv human rights group (KHRG).

Nikolay Petukhov helped people to carry the bags between the KPVV on the Ukrainian side of the item to pass from fighters and earning a living. The money he received, were the only means for his elderly mother during the last year.

The head of the SBU, said the number of prisoners Ukrainians contained the militants and Russia

“On August 31 at about noon Nicholas passed KPVV from Ukraine. Next on the checkpoint by militants he was stopped by armed men who are about something to ask the guy. And there are witnesses. Further armed militants took Nicholas aside. Since the communication with Nikolai Petukhov was broken and until now nothing is known about him”, – stated in the message of defenders.

The mother abducted the boy appealed to him and the OSCE.

It is noted that a week ago on the same KPVV, the militants had kidnapped the other guy, who also endured loads. Later, the body of a young man found in the occupied Lugansk.

“At the moment, relatives said only his name is Alex. Three days later, the corpse of a young man with traces of violent death was found near one of the cafes in the occupied Lugansk,” – said in KHRG.

Earlier it was reported that in Lugansk occupants was thrown in prison a Ukrainian blogger Edward Medeleeva. He wrote a lot in Facebook about Lugansk and life in the occupied city, how it is changing. On the “trial” of terrorists he announced the sentence – 14 years in prison for “treason”.