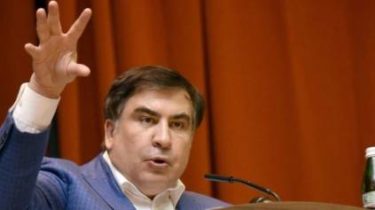 Deprived of Ukrainian citizenship by the former head of Odessa regional state administration, Mikheil Saakashvili said that the morning of 2 September, interior Ministry officials detained his brother David in Odessa.

Information about this former official Odessa has published on his page in Facebook.

According to him, detained the man eight police officers.

“At dawn today eight representatives of the interior Ministry Avakov (Arsen Avakov, Minister of internal Affairs – Ed.) picked up my brother David Saakashvili, when he left their home in Kiev and taken in an unknown direction. He is a lawyer, had a residence permit in Ukraine, apparently, so trying to influence me to change my mind to return,” wrote Saakashvili.

At dawn today 8 members of the interior Ministry Avakov detained my brother David Saakashvili, when he left their home in Kiev…

He added that this will only strengthen his resolve to come to Ukraine. Its the return of the former head of the Odessa regional state administration announced on September 10.

Meanwhile, former adviser to the interior Minister Ilya Kiva reported to the “112” that brother of Saakashvili’s prepared for deportation.

“Was detained brother of Mikheil Saakashvili for violation of the regime of stay in the country. The immigration service and the police arrested him and prepared for deportation,” he said.